Italy borders France, Switzerland, Austria & Slovenia and towards the south, it consists of the entirety of the Italian Peninsula and the two Mediterranean Islands of  Sicily and Sardinia, in addition to much smaller islands.

Year after year, couples from around the world flock to Italy to celebrate their unions and with good reason. Italy has it all. History, culture, high-fashion, fabulous food and a deep passion for all things, romance!

Here are some Italy wedding resort areas that we would like to recommend to you:

The Amalfi Coast most often defined as the stretch of coastline between the Gulf of Salerno and the Gulf of Naples. It lays inside the Province of Salerno, on the steep shoreline of the Sorrentine Peninsula, Southern Italy. Its Mediterranean climate features mild winters and warm summers. There is only one route to the Amalfi Coast, the 40 kilometres road Strada Statale 163  which runs between the towns of Positano to Vietri Sul Mare.

The capital city (region of Tuscany) noted for its culture, Renaissance art, architecture and monuments. It also contains numerous art galleries and various museums. Is a famous city for Italian Fashion as well. Due to Florence’s architectural and artistic heritage, it has been ranked by Forbes magazine as, one of the most beautiful cities.

Known for its landscapes which Mountains dominate two-thirds of the region has a western coastline on the Ligurian & Tyrrhenian Seas. Throughout this hilly countryside, you will find agricultural farming of all sizes & types, traditions, history, artistic legacy & wines. Tuscany once served as a critical breadbasket of ancient Rome. The climate is relatively mild in the coastal areas but can have considerable fluctuations in temperatures in the higher elevated regions.

It is a favourite retreat for aristocrats and wealthy people since Roman times. Lake Como is a top-rated tourist attraction. There are many cultural and artistic gems in this area. It has many Villas & Palaces with numerous famous people residing on the shores of Lake Como. It has been referred to the most beautiful lake in the world for its microclimate and environment. Lake Como shoreline dotted with prestigious Villas & Villages. Lake Como happens to be the third largest lake in Italy after Lake Garda & Lake Maggiore.

Lake Garda, Maggiore & Orta do not receive as much publicity as Lake Como, but they are all in the same league. These lakes and can offer a unique wedding destination as well with their Villas, Resorts and Villages.

Below is a list of fabulous blog categories. Click on any of the images to learn more.

At My Wedding Away, we want you to enjoy a wedding made in Paradise and we know just how … END_OF_DOCUMENT_TOKEN_TO_BE_REPLACED 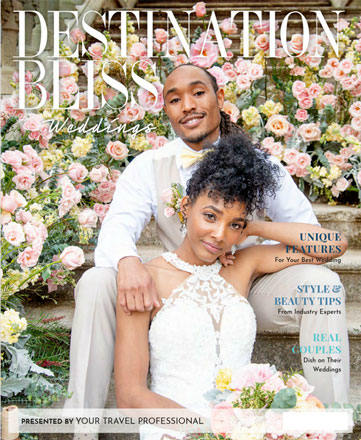